This class provides access to the hardware’s microphone, and stores it in a Sound stream. Start and Stop recording, and check the Sound property for the results! Remember to ensure your application has microphone permissions enabled!

This example shows how to read data from a Sound stream such as the microphone! In this case, we’re just finding the average ‘intensity’ of the audio, and returning it as a value approximately between 0 and 1. Microphone.Start() should be called before this example :) 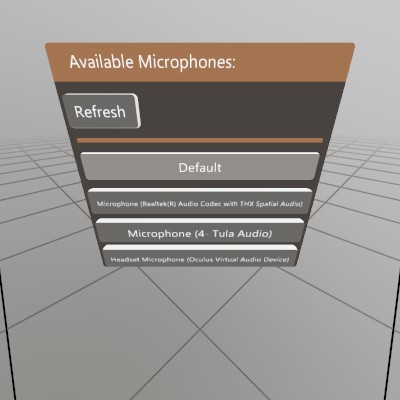